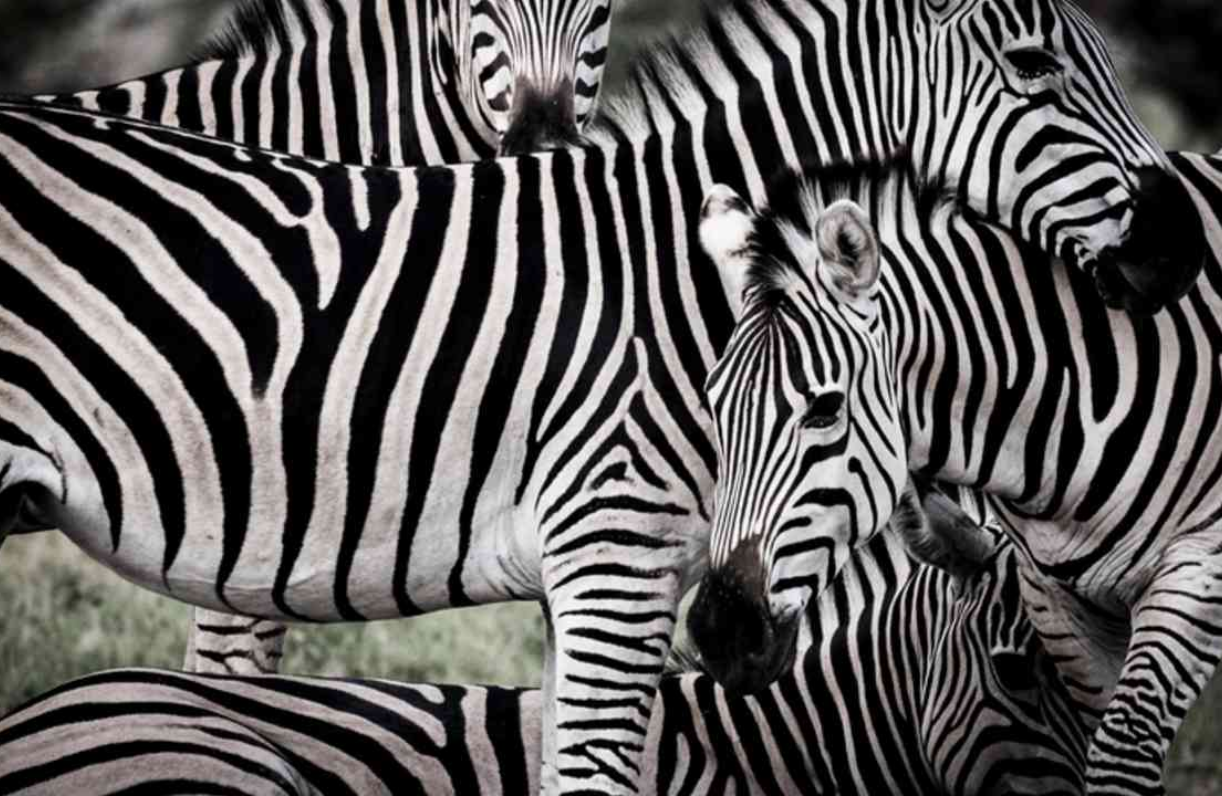 Endemic to Africa, the zebra is one of the continent’s most iconic species, with its short and stocky horse-like appearance, distinctive black and white stripes, and upright black mane. On International Zebra Day we had the chance to celebrate these common, but unique animals. 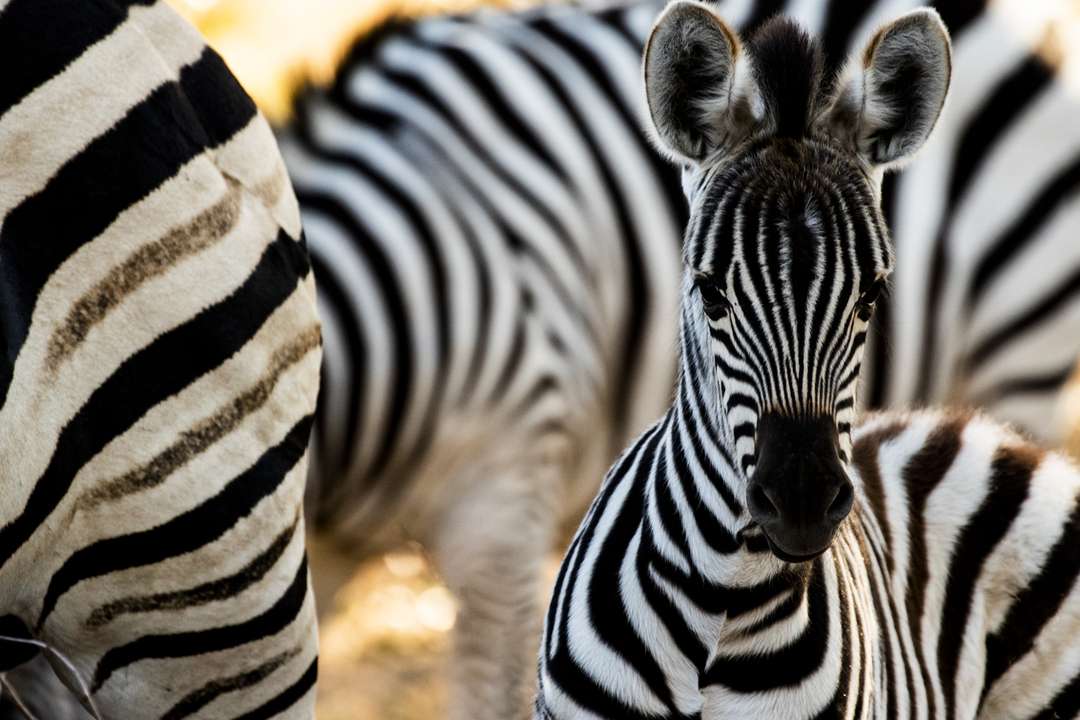 Elize Loubser holds a Master of Zoology degree, and her thesis focused on these animals. Here she offers us the chance to learn more about this unique, always fascinating, and remarkably adaptable species.

Zebras Are Unique to Africa

Zebras belong to the genus Equus, which also includes horses and asses. The zebra is uniquely African, occurring in a variety of habitats such as savannahs, grasslands, woodlands, shrublands, and mountainous areas in southern and East Africa. Local guides often refer to these animals as “stripy ponies”, “horses in pajamas” or “disco donkeys”. A group of zebras is called a dazzle, probably due to their sometimes confusing, striped appearance. 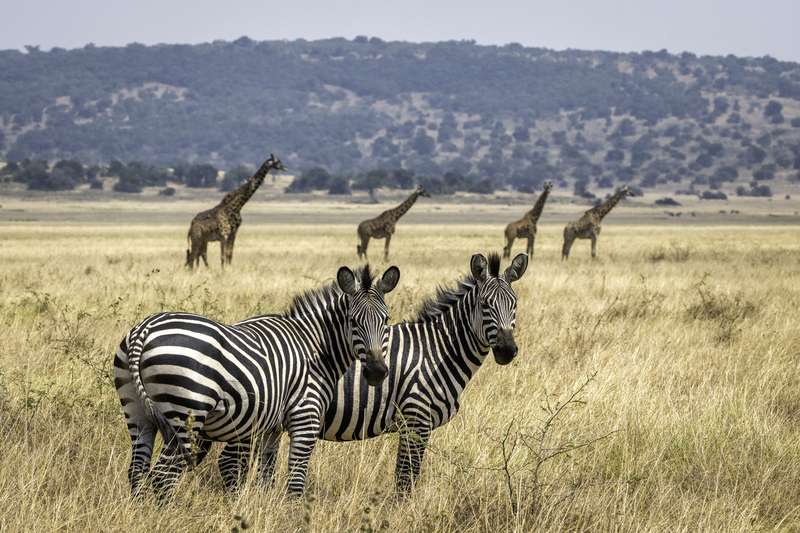 Currently, three zebra species are recognized: the Grévy’s zebra Equus grevyi, the plains zebra E. quagga, and the mountain zebra E. zebra. Each species is distinguished by its unique striped coat pattern, and every individual zebra has a stripe pattern that is as uniquely different as a fingerprint. The plains zebra is the most common of the three species in Africa. 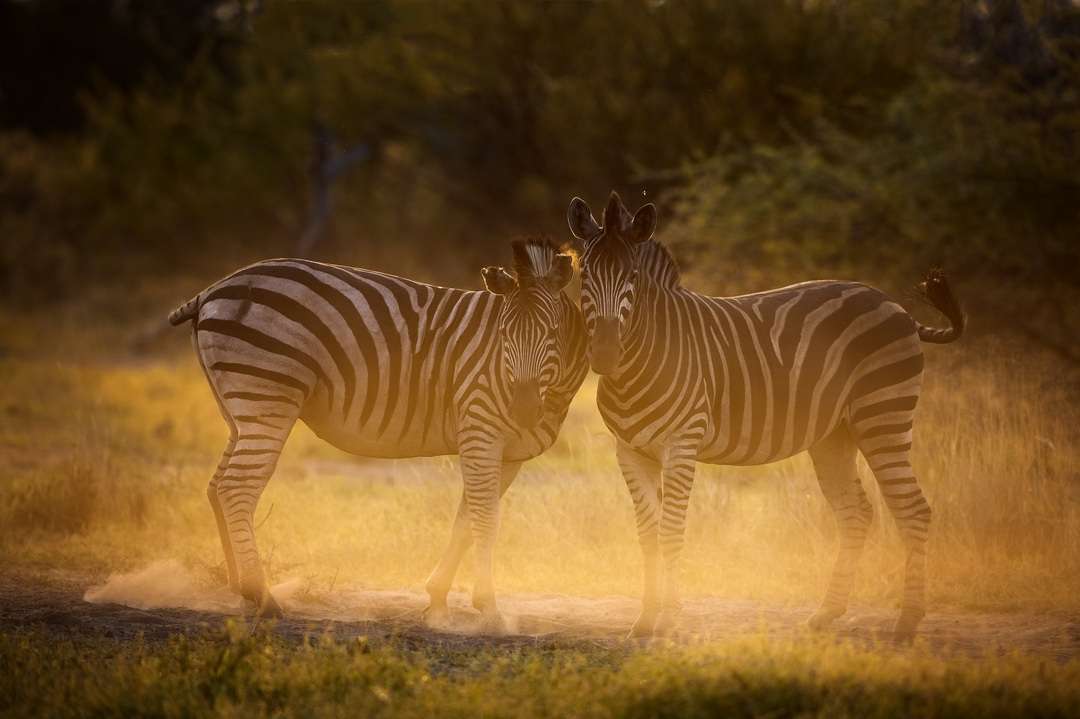 Why Do Zebras Have Stripes?

There is considerable debate around the reasons for the zebras’ unique striped coat. The predominant theory at present is that the striped pattern interferes with the vision of tsetse flies and other biting insects, preventing most from landing on a zebra’s coat. Some zoologists favor the thermoregulation argument; the idea being that the black stripes heat up more than the white areas on the zebra, which in turn creates microcurrents of air movement, cooling the sweating zebras more rapidly.

The idea that zebras are striped as a kind of camouflage or anti-predation mechanism still holds some sway with certain biologists. The explanation behind this is not just that the stripes disrupt the outline of the zebras but that when a group of zebras is moving together, the stripes create an optical illusion that distorts the perception of the direction of movement. There is also, naturally, no reason why it might not be a combination of the above factors that led to the zebras’ ancestors developing a striped coat. 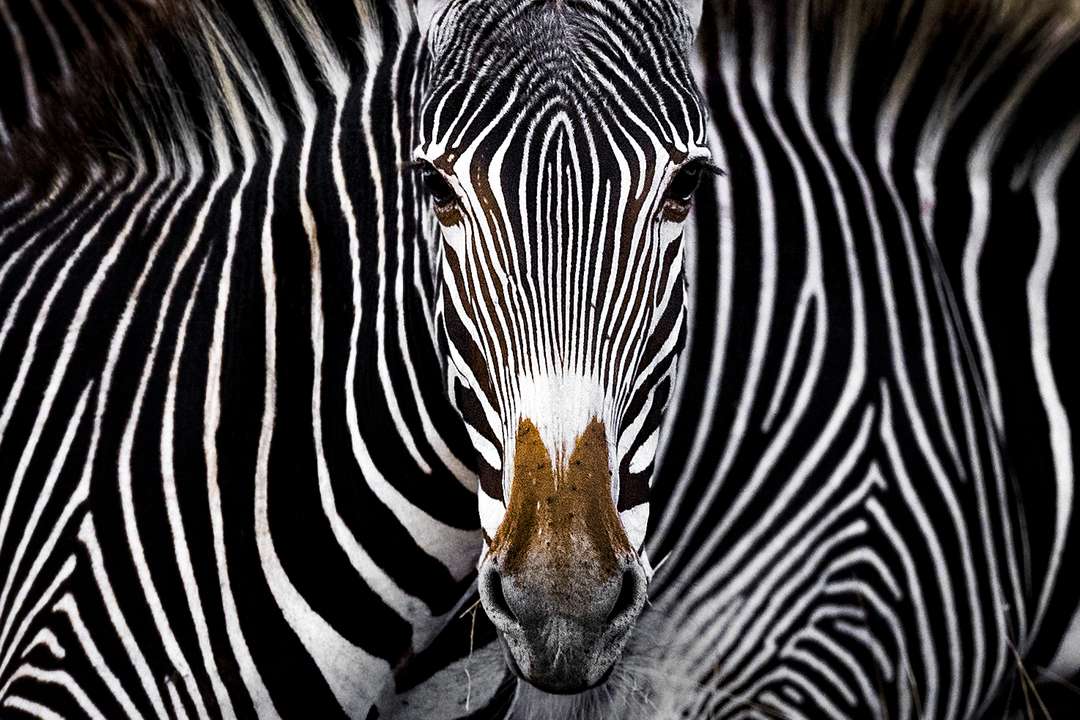 Zebras are Regularly Sighted on An African Safari, So Are They Threatened?

During an African safari, you may encounter zebra herds quite regularly, making one less aware of their population’s true conservation status.

Ties That Bind: A Harem Family Structure Worth Fighting For

Plains zebra are not territorial animals but do associate in family groups called harems. A harem consists of a dominant stallion along with several mares and their most recent offspring. There is a set dominance hierarchy within the females of the harem, starting with the mare that has been with the stallion the longest. 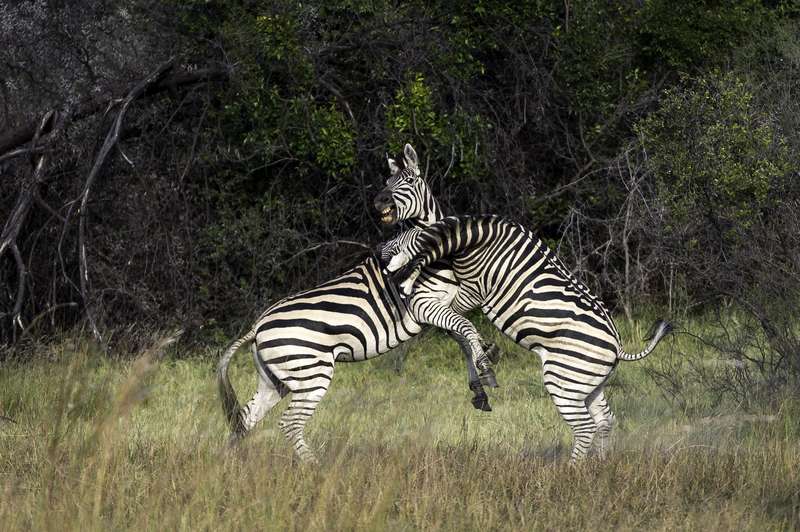 When a young female reaches sexual maturity at around 2.5 years old, she attracts the attentions of other stallions, which may compete with the dominant stallion and, ultimately, steal her away to add to, or even begin, their own harem. Zebra skirmishes are frequent, and a serious zebra fight can be deadly. Their kicks are tremendously powerful, and the males have erupted canine teeth that they use to bite their opponents. Broken skin and bones are not uncommon, and many a zebra has lost its tail in a fight. Occasionally, a stallion that has taken over an entire herd may also kill the foals sired by the previous male.

The bond between stallions and mares is quite tight. Some stallions have been sighted standing vigil over a dead mare, and during research-based darting operations, stallions have also been known to show their devotion. Once the tranquilizers start to take effect, some stallions bite on the females’ necks to try to keep them upright and moving. While researchers are busy with a specific mare, her stallion will constantly call and search for the missing mare. When she wakes up and calls, the stallion will head directly to her. Mares, too, are loyal, often remaining with a single harem for life, a period that can span 16 years. 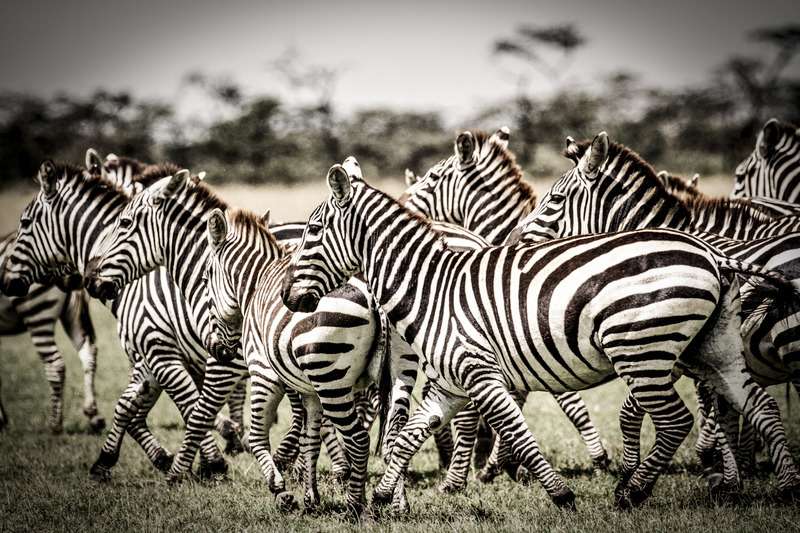 Zebras are Pioneer Grazers, Assisting Other Species as They Graze

The zebra’s ability to eat many types and lengths of grasses makes them very adaptable. Zebras are often the first animals to enter virgin grassland areas, using their long teeth to crop the tall grasses, with, for example, wildebeest, the short grass grazers, following close behind. As bulk grazers, they tend to be less fussy about the grass species or parts of the grass they eat, and they consume approximately double the amount of food as a ruminant of comparable weight (such as a wildebeest), which they process twice as fast. For this reason, zebras are known as “pioneer” grazers and these two species are thus complementary grazers. Their teeth, which can both grind and crop grasses, also keep growing for the zebra’s entire life. 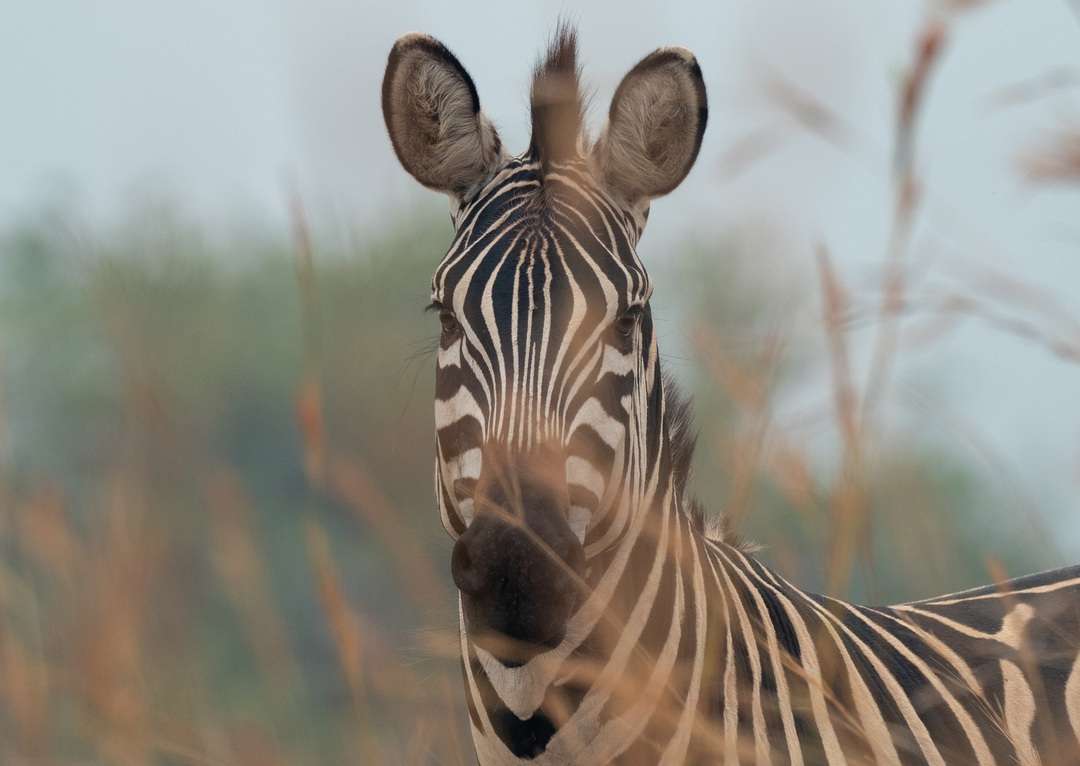 Zebras have excellent eyesight, being able to see well during the day and at night. Scientists believe that zebra may even be able to see in color. A combination of their good eyesight, hearing, and olfactory senses increases their chances of sensing danger. While grazing, at least one individual of the herd will remain vigilant, allowing the others to feed. When a zebra perceives danger it will bray loudly, warning the rest of its own herd.

How Stressed-Out Are Zebras? Look at Their Dung for Clues…

Wild animals like zebra experience stress just like humans. To measure stress in these wild free-ranging animals, both invasive and non-invasive methods can be used. A non-invasive method that is being applied now on a more frequent basis is the measurement of stress hormones present in the feces (dung) of animals. Hereby, wild zebras can drop vital clues about their stress levels in the form of feces, and researchers are now beginning to unravel these pungent piles of data to gather important clues to the animals’ well-being. Tracking stress responses by using dung is a real game-changer, because it is non-invasive, and the raw materials are quite easy to come by. Dung samples can also be used to track the success of species management efforts in real-time. 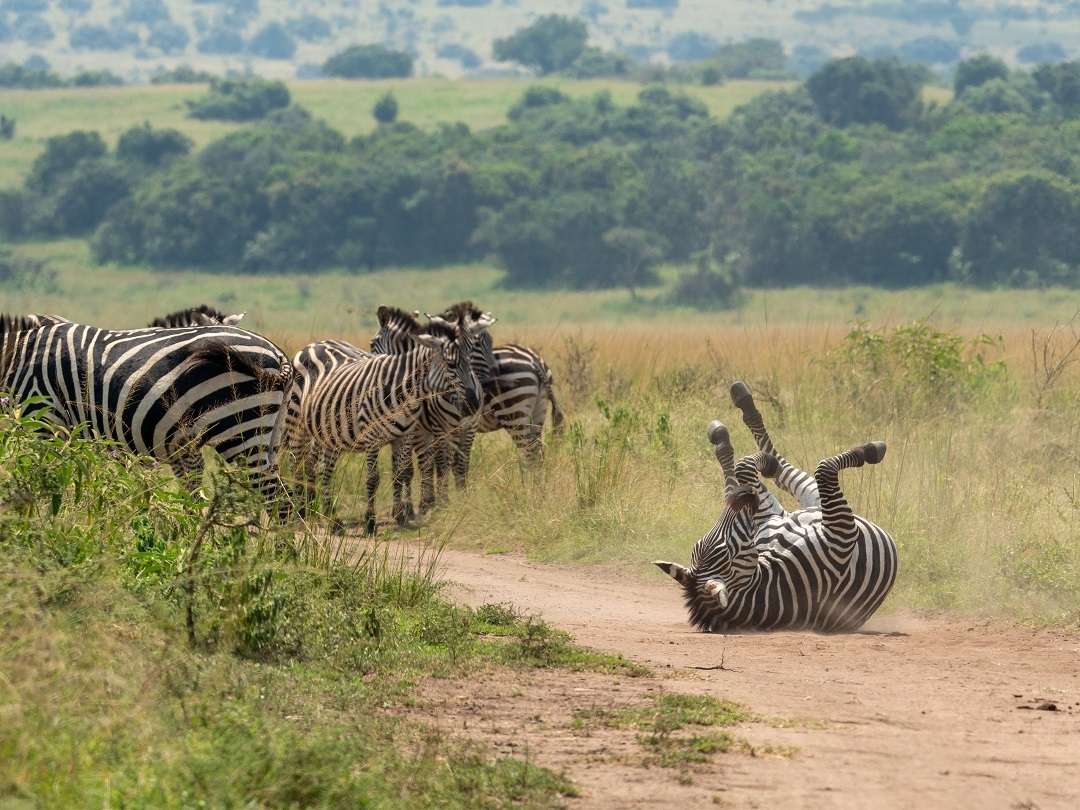 The National Animal of Botswana, and Symbol of National Unity

As the national animal of Botswana, the plains zebra is regarded as an important and much-loved species in this southern African country. It was specifically chosen because it is regarded as harmless and lovable, making it easier for the people of Botswana to relate to. Two zebras also adorn the Botswana coat of arms, showcasing this animal as a symbol of national unity. Botswana’s Zebra Migration Spectacle

In Botswana, zebras are part of an intriguing, but much less well-known annual migration in search of greener pastures.

In the mid-2000s wildlife researchers noticed that the zebra herds were occupying certain areas of land at certain times of the year and that they were covering vast distances across the Kalahari Desert to do so. This meant that the zebras were migrating, a spectacle that has gone by largely unnoticed until then. 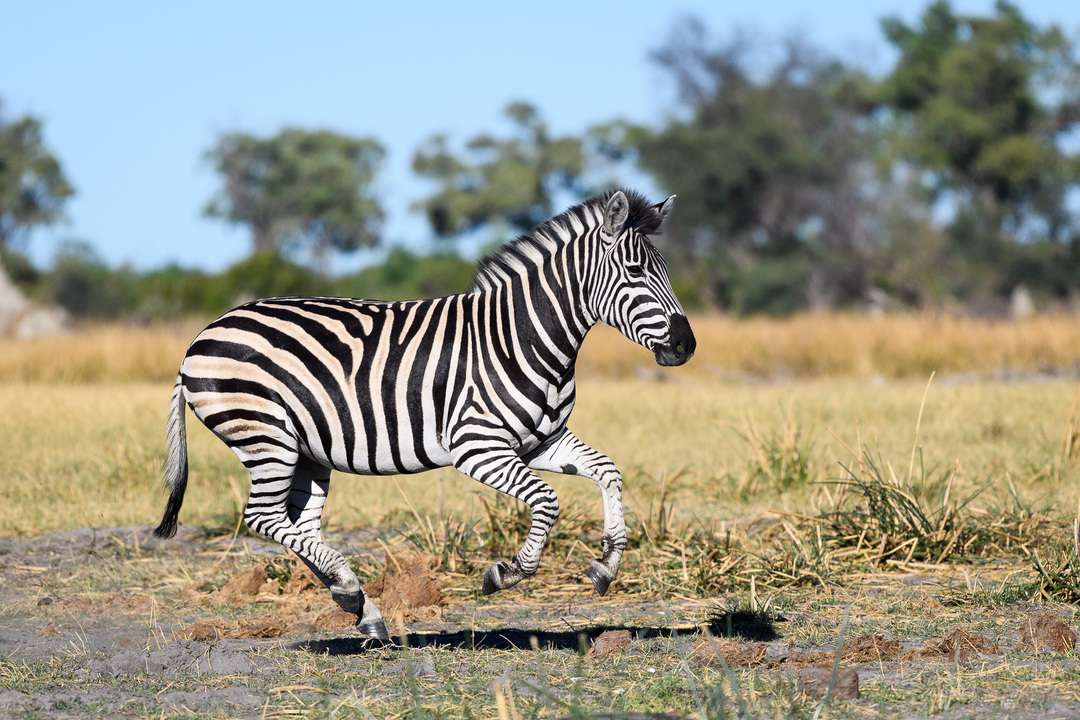 Since 2011, the Wilderness Wildlife Trust has funded research that has been investigating the phenomenon of the migrating zebra of Botswana. The most recent project, headed by Dr. Emily Bennitt, uses collared individuals, remote-sensing technology, and camera traps to quantify the population of zebra migrating between the Okavango and the Makgadikgadi, and identify the environmental factors that may trigger such movements. 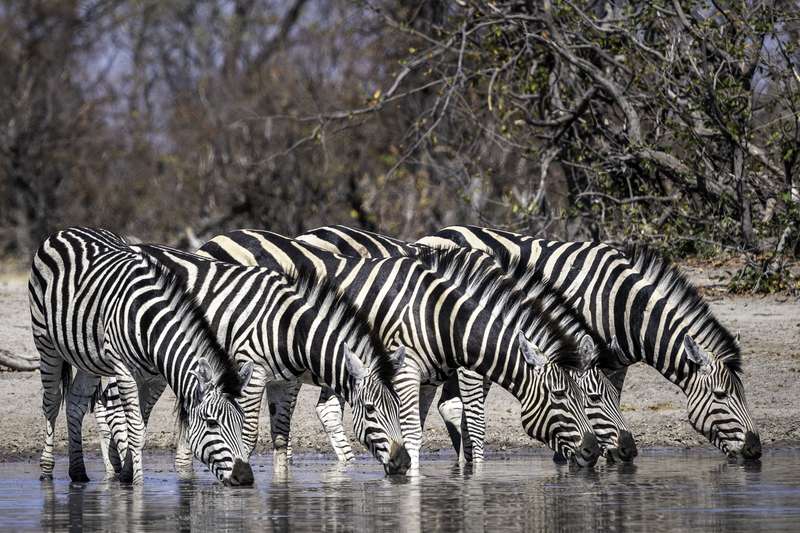 Botswana’s zebra population migrates annually across the land in response to seasonal rainfall patterns and water availability. These seasonal movements have been documented in four fascinating dispersal patterns across four regions, including 1) the Savuti Channel, 2) Chobe-Linyanti region, to and from Nxai Pan, 3) Okavango Delta to and from the Makgadikgadi Pans and 4) Makgadikgadi Pans National Park. Here is a graphic presentation of this fascinating occurrence. 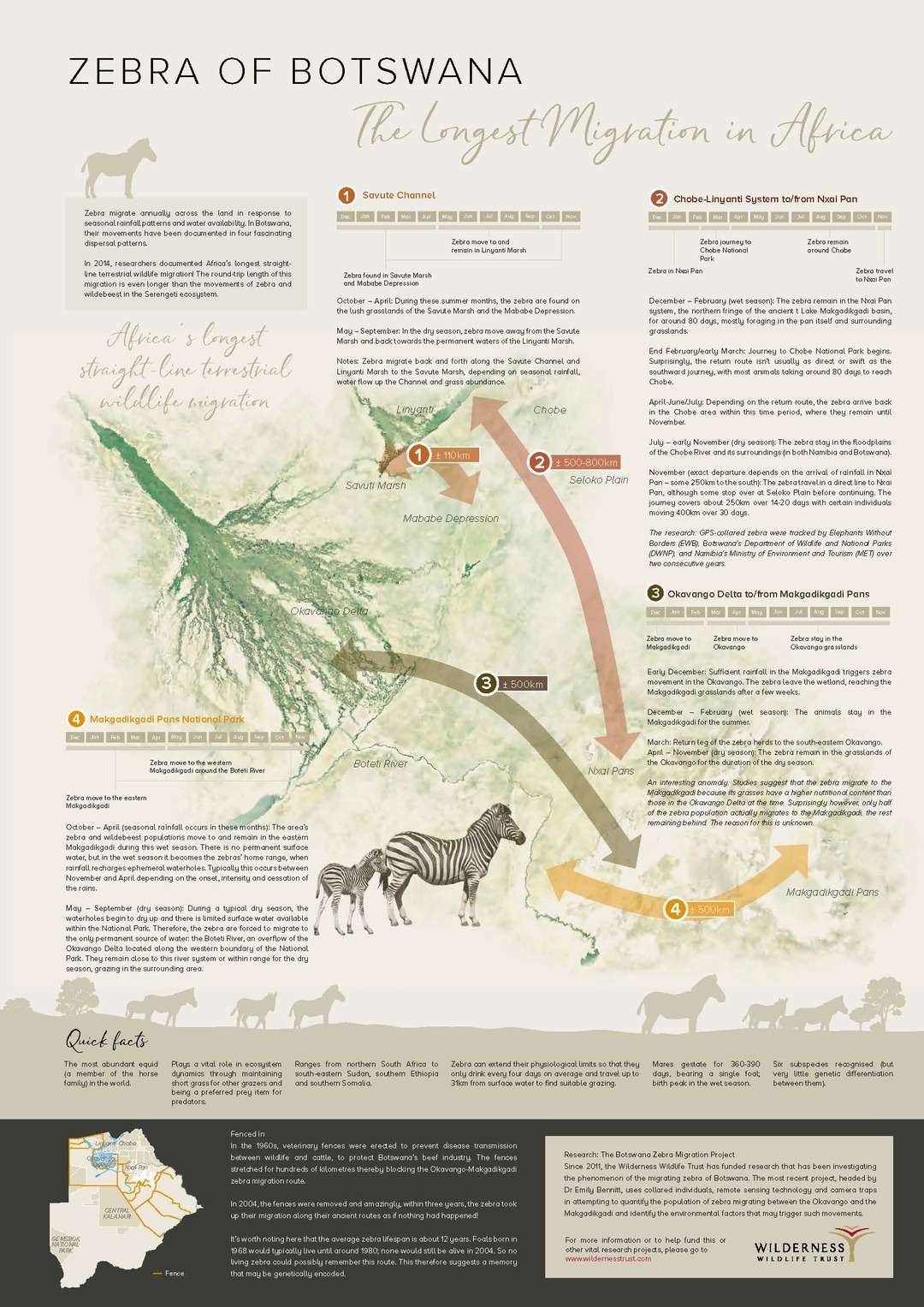 The round-trip length of this migration is even longer than the movements of zebra and wildebeest in the Serengeti ecosystem. During the Botswana migration, the animals cover enormous areas of land up to 800 km (almost 500 mi). Recent figures suggest that up to 30 000 zebras migrate at any one time, making this the largest migration in southern Africa, and the second-largest migration in the world. 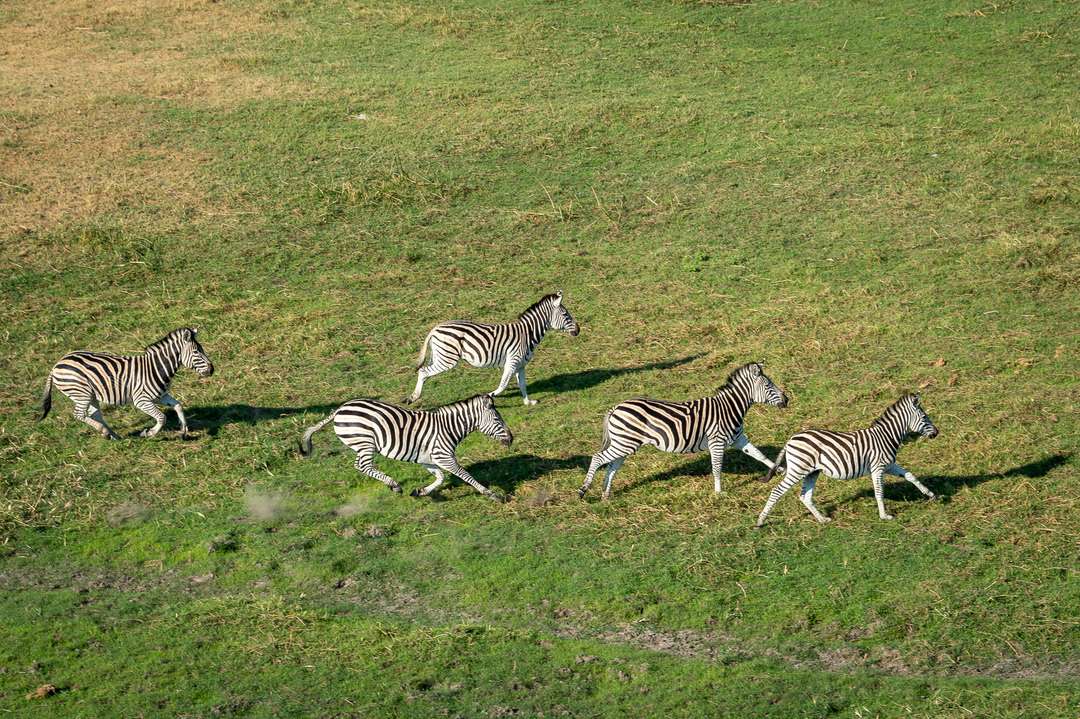