The tiny nation of Bhutan is located in the Himalayas Mountain Range, nestled between India and Tibet. This fascinating Buddhist kingdom is known for its monasteries, fortresses (or dzongs), and dramatic landscapes that range from subtropical plains to steep mountains and valleys.

Bhutan opened its doors to the world in 1974 and follows a ‘High value, low impact” tourism policy that allows sustainable socio-economic development, preservation, promotion of culture and tradition, and preservation and protection of the natural environment. With 72% of its land under forest cover, Bhutan is the only carbon negative country in the world.

Two important things about traveling to Bhutan are that you cannot visit the country independently and must reserve your tour with a tour company to get your tourist visa approved. Second, Bhutan has a mandatory daily fee for the tourist that ranges between $200-290 per person per night paid towards your accommodation at 3-4 star hotels, daily meals, private guide and driver, camping equipment, and admission fees. A part of your daily fee ($65) provides free education and healthcare for Bhutan citizens.

Ready to explore Bhutan with Recherché Journeys? Contact us.

Taktsang Goemba (Tiger’s Nest Monastery): Taktsang is one of Bhutan’s most important Buddhist monasteries. Built-in 1692, it clings on a sheer cliff-face at 3120m and is an architectural feat.

Dzongs (Bhutanese Fort): Dzongs or Bhutanese forts were built about 400 years ago without using a single nail and designed in the traditional Bhutanese architecture that features a broad base, tapering top in various colors and shapes. Today, they house the district’s monk body and also function as an administrative center.

Tsechus (Festivals): Tshechu or the annual Mask Dance Festival is one of Bhutan’s most important festivals and is held in all dzongs and major monasteries. During these grand religious events, entire communities come together to view the mask dances based on ancient stories and incidents.

Gross National Happiness: Unlike the capitalistic society based on economic growth, Bhutan’s government follows a development philosophy based on Buddhist values that measure the quality of life based on the spiritual and mental well-being of its people – Gross National Happiness. Under Bhutanese policy, education and healthcare are free, and initiatives are in place to build various recreational and entertainment areas that the locals can use for free. People lead happy, fulfilled lives, and it shows!

Hiking and Trekking: Bhutan offers a beautiful Himalayan landscape with incredible day hikes and trekking in and around Thimpu, Paro, and Punakha. Hiking on trails that are more of a mindful experience through pine forests, rhododendron bushes, farmhouses, and paddy fields, where you get opportunities to interact with locals or farmers.

A Spiritual Haven: If there is one word to describe Bhutan, it’s peaceful. Buddhism is not a religion there; it’s a way of life and deeply ingrained in society. Bhutan offers the finest meditation retreats and yoga centers. A perfect destination to heal your mind and soul!

Best time: March-May. The spring season is beautiful as the valleys come alive with flowers in bloom. Himalayan peaks are most visible in October’s clear skies, also an excellent time to hike and trek. 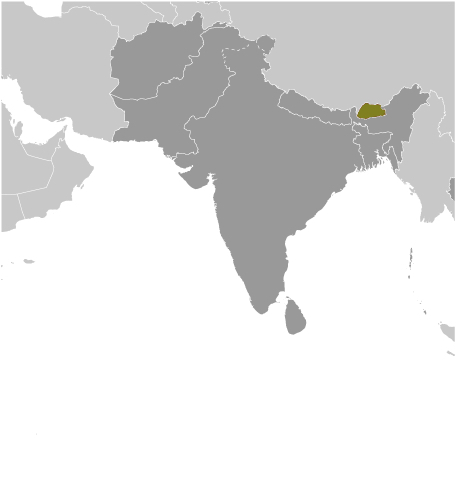